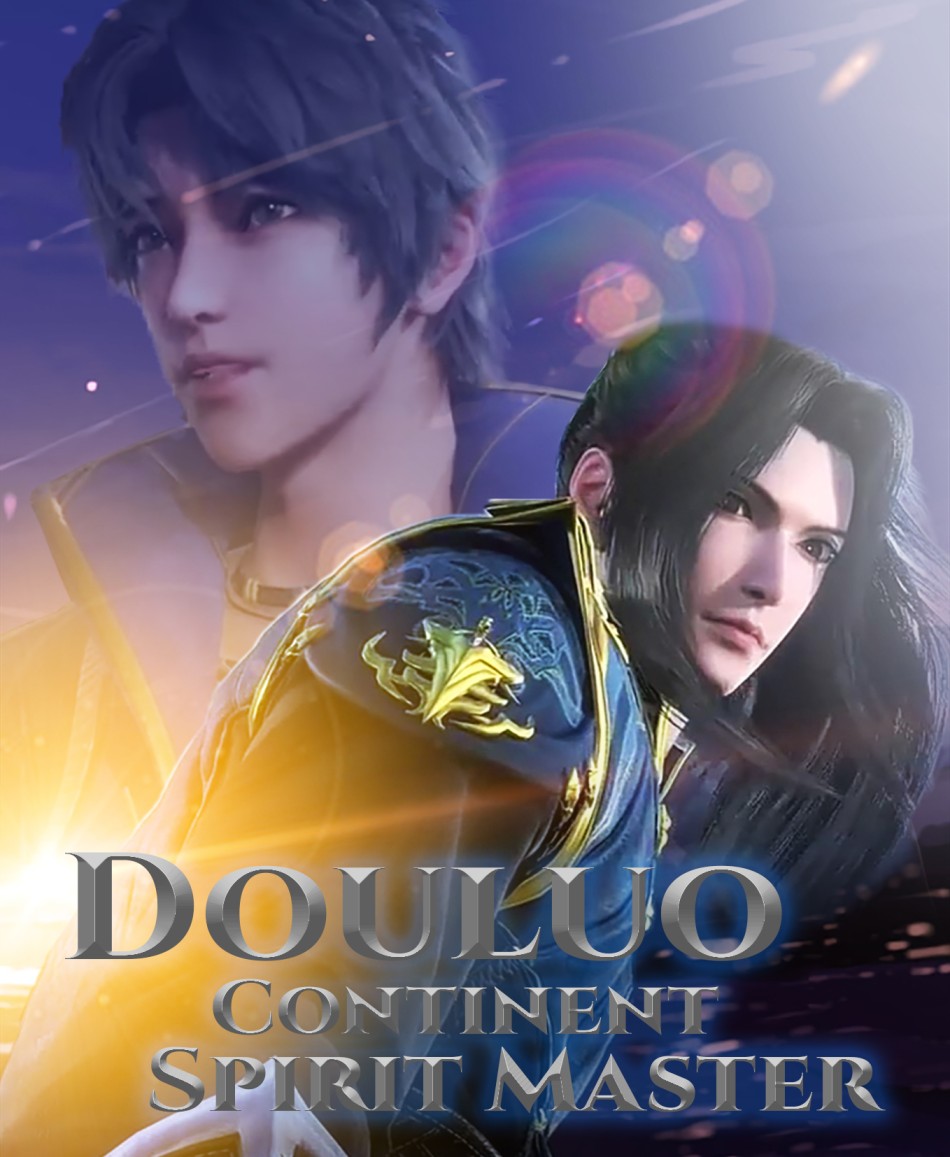 Douluo Continent Spirit Master
Nexto
31 Chapters
English
0
133.63K views
5 comments
Ba-Shu[1], through history famed as a land of plenty, and within it, the most famous sect that could never be surpassed: Tang Sect. Tang Sect’s location was a mysterious place. Most people only knew that it was halfway up a mountain, and that the mountain where Tang Sect was located had a place with a terrifying name, ——Hell’s Peak[2]. A rock thrown from on top of the precipice at Hell’s Peak would take a full count of nineteen before the echo of it hitting the bottom could be heard, thus its height could be seen, and it was also because of these nineteen seconds, even surpassing the eighteen levels of hell by one, that gave it its name.
more
Action Fantasy Adventure Romance
Read Novel
Share :
Chapter 0

A rock thrown from on top of the precipice at Hell’s Peak would take a full count of nineteen before the echo of it hitting the bottom could be heard, thus its height could be seen, and it was also because of these nineteen seconds, even surpassing the eighteen levels of hell by one, that gave it its name.

A gray clothed youth stood at the summit of Hell’s Peak, the biting cold mountain wind not able to cause his body to shiver even slightly. On the pit of his stomach a huge Tang[3] character could be seen; he was from Tang Sect, and the gray clothes represented a disciple of the Tang Outer Sect.

Tang Sect was, since it’s foundation, divided into the two inner and outer sects. The outer sect disciples were all from external families or perhaps conferred the Tang name, and the inner sect were all directly related to Tang Sect members, passed down through family.

Right now, Tang San wore an abundance of expressions, sometimes laughing, sometimes crying, but in all cases unable to mask the excitement stemming from his heart.

“In the end, that which should happen will still happen.”

Seventeen silhouettes, seventeen white silhouettes, leapt up from halfway up the mountain towards the mountaintop just like shooting stars, these silhouettes were masters, even the youngest was five decades old, each and every one with serious expressions, their white gowns represented the inner sect, and the golden Tang characters on their chests were the symbols of Tang Sect elders.

Including the sect head mister Tang Da[7] there were altogether seventeen elders, and right now there were seventeen climbing the mountain. Even a general assembly of the martial society wouldn’t have been able to rouse all the Tang Sect Elders at the same time, one must know that among the Tang Sect elders, the oldest had already surpassed sixty years twice over[8].

When outer sect disciples met inner sect elders they had to kneel in greeting, but right now Tang San didn’t move, he only calmly looked at these serious faced elders arriving in front of him. They blocked all routes of escape, and behind him was only Hell’s Peak.

Laying down three Buddha Fury Tang Lotuses[9], Tang San threw them a last reluctant glance, the corners of his mouth showing a gratified smile. After all, he had succeeded. With twenty years of effort, he had at last accomplished this penultimate work of the Tang Outer Sect; that kind of satisfactory accomplishment couldn’t be described in words.

At this very moment, Tang San thought to himself, everything was already unimportant. Violating the sect regulations was also fine, matters of life and death were fine. Apparently, everything would come to an end with these three blooming Tang Lotuses before him. Buddha Fury Tang Lotus, this world’s most potent hidden weapon was born in his hands. In his entire life, what could make the hidden weapons enthusiast Tang San more excited than this?

“I know, the crime of sneaking into the inner sect and stealing secret sect lore cannot be forgiven, cannot be tolerated according to sect rules. But Tang San can vow to Heaven, not a bit of the stolen knowledge of the secret books will reach the outside world. I say this, not in the hopes of obtaining the elders’ mercy, but only to let the elders know that Tang San has never forgotten his roots. Never has in the past, and also henceforth never will.”

The elders were all speechless. Right now they still couldn’t clear their heads from the appearance of the Buddha Fury Tang Lotus. Two hundred years, after a full two hundred years the Buddha Fury Tang Lotus had unexpectedly appeared in the hands of an outer sect disciple, what did this signify? In this land, this exceptional hidden weapon that not even Tang Sect’s own people could resist absolutely represented the approach of another peak of the Tang Sect.

Looking at the elders bowing their heads without speaking, Tang San smiled brightly,

“Everything of Tang San’s was given by Tang Sect, whether it’s life or abilities, all were bestowed by Tang Sect. No matter when, Tang San in life is a person of the Tang Sect, in death a ghost of the Tang Sect. I know that the elders will not permit the corpse of an outer sect disciple that violated the sect rules to remain at Tang Sect; therefore, let me turn to bone naturally in this Ba-Shu.”

Tang San was so serene that even his somewhat excited voice finally roused the elders, when the elders raised their heads to look at him, they saw milky white streams of qi spread out from him in a flash.

With an explosion, as the group of elders retreated to avoid anything unexpected, they looked at Tang San who was entirely naked.

“I arrived in the nude, and I shall depart in the nude. Buddha Fury Tang Lotus is Tang San’s last gift for the sect. Besides myself, I carry nothing of the Tang Sect, the secret books are all under the first brick in my room. Tang San will now return everything to Tang Sect.”

Tang San laughed wildly up towards the sky, suddenly taking a step backward. At this very moment, the Tang Sect elders suddenly discovered, unexpectedly nobody still had time to block him. His body, enveloped in white light, threw itself forward off Hell’s Peak, soaring out into empty air, stepping into the clouds and mist around the mountain.

Tang Da finally reacted, but right now it was already too late to say anything.

The clouds and mist were very dense, bringing waves of humidity, taking away the sunshine, and also taking away that Tang San whose entire life was dedicated to Tang Sect and hidden weapons.

Time seemed to stand still. Tang Da’s hands trembled as he held up those three Tang Lotuses, his eyes moist,

“Tang San, ah, Tang San, why did you suffer? The astonishment you brought us was really too much, too much……”

“If you were also able to produce the Buddha Fury Tang Lotus, I wouldn’t care no matter what you stole. You were wrong, I was wrong, in this past moment, we actually looked on helplessly as the chance for Tang Sect’s glory to rise again slipped away before our eyes.”

The elders gathered round, their expressions all complex, some perplexed, some sad, some sighing, still more were regretful.

“No need to say anything. Pass on my orders, dispatch all the disciples, search for Tang San below Hell’s Peak. If alive, I will see the person. If dead, I will see the corpse. At the same time, from this moment on, Tang San is promoted to inner sect disciple. If he still lives, he will be the only successor to my position as head.”

If Tang San was still here on the cliff top right now, still able to hear Tang Da’s words, even if he died, he would certainly still be very gratified; his great effort in the end hadn’t been a waste. But, all this came too late.

Hell’s Peak, where a thrown rock would take nineteen seconds to hit the bottom, an existence seemingly surpassing the eighteen levels of hell, how could it permit a living person to return from the clouds and mist? Tang San was dead, forever departing this world, but his other destiny had only just begun.

Reincarnated as The Villainess