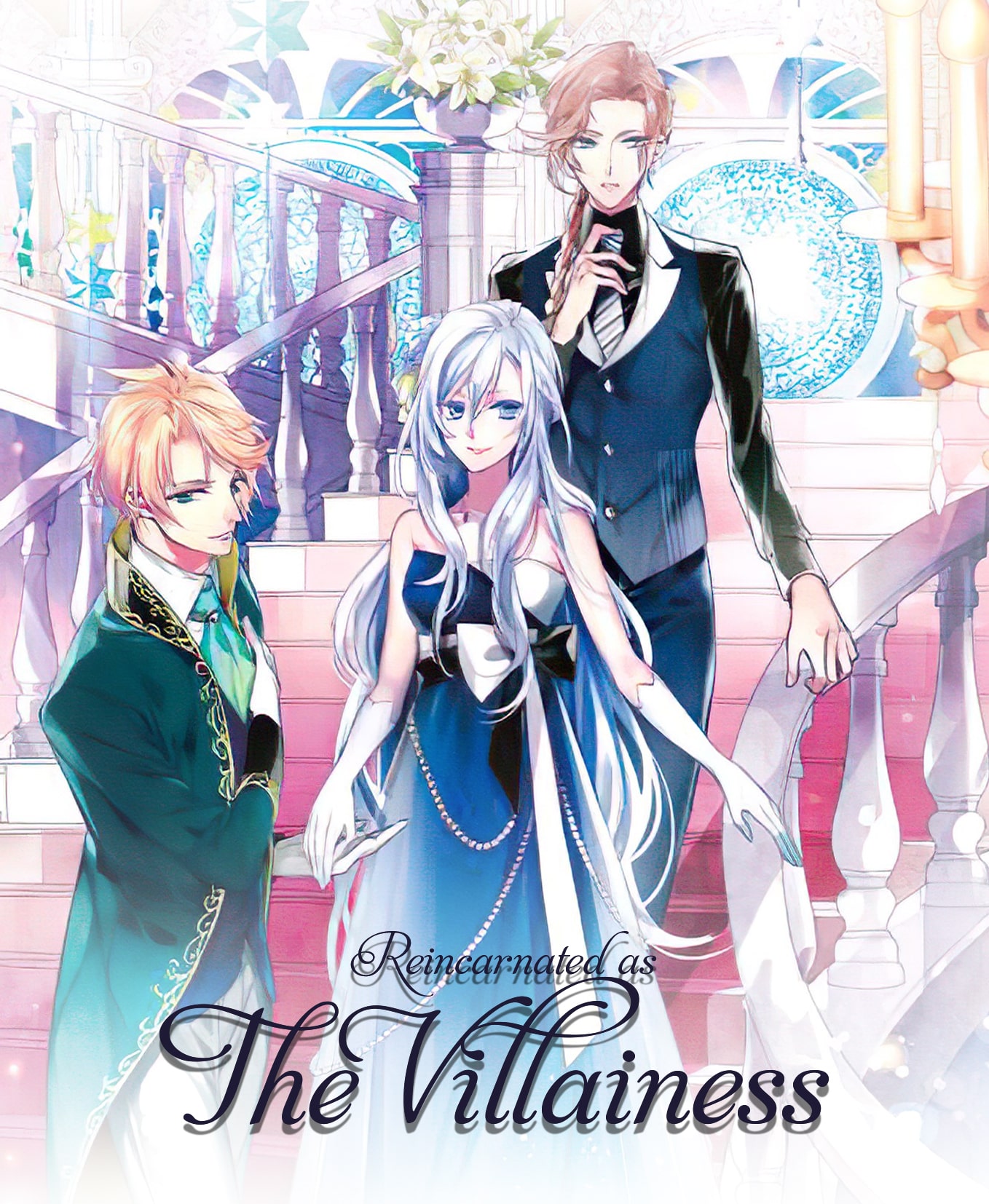 Reincarnated as The Villainess
Although it’s a bad ending

The first thing she felt was the pain. Up until that moment of time, she was still in her slumber, and it was the pain and drowsiness that awaken “this one.”

…Even if it was just a little, she wanted to wake up earlier.

She was thrown into the ground in front of many people, and there were a number of men who were holding her down. Even if she wasn’t a girl, anyone would start to struggle.

If this is a kidnapping, maybe a Prince riding a white horse will come and save her… but what kind of sweet dream was she dreaming about. This place is the “place of her condemnation.” Other than the victim, there is no way a perpetrator like herself would have any salvation.

By the way, since this situation was one she, herself, created, let this one explain how this came to be.

My name is Iris. Iris Lana Armelia. The first child of a Duke, Duke Armelia of Tasmeria Kingdom. A blooming young lady who’s currently 16 years of age. Father is the Prime Minister, and Mother, being a daughter of a General, also has parents with superior lineage. I am a bona fide young lady [ojou-sama], and in this Kingdom, my lineage only comes second to the Royal Family.

As for why I have been speaking in third person… it’s because “I” am a different human being. To be precise, right now, Iris’ personality and “mine” have fused together.

Speaking of Iris… She is the other half of my person, an ordinary woman who used to used to work in a country called “Japan” before dying at the age of 30. That day, I was working really late at night, died in an accident right after work, and awoke from the pain just a while ago.

However, just a few moments ago, I had been living as her with no recollection of my previous life, until her personality and my own had fused together… That’s how it is. …However, because of the present state of thing, I probably cannot afford to take it easy.

Well, now that she and “myself” had fused as one, I looked back at the memories I had of my past life and recalled something. …Is this world not the same game I was playing back then!? That’s what I thought.

When one lives only for her work, she has no spare time to fall in love! Although that’s what I thought, I still had a maiden’s mind and wanted to experience the thrill. Because I was like that, I was superbly addicted to otome games in my previous life.

At breaks and at night; during those times, I would always play those games to heal myself. Not good, not good. It’s not about that… Right now, this world looks exactly the same as the game I was playing in my previous life.

The title of the game was “You are my Princess [Kimi wa boku no Princess],” KimiPri for short. The story took place in a world similar to Europe during the Middle Ages, with the female protagonist being the daughter of a noble at the bottom of the ladder of aristocracy, a Baron, in a school where the children of the aristocracy — including the upper echelon — gathers, and a Cinderella story unfolds… or so to say, it was something common.

The capture targets were: the Second Prince, the son of the Knight’s General, the Prime Minister’s son, and the son of the Pope of the Darryl religion. Their character template is exactly the same as the story and is as follows: overly self-confident, hot-blooded, cool, and mysterious.

Now then, in these kinds of stories, of course, a rival character also exist. And she is the fiancée of the Second Prince, Edward Tom Tasmeria, also the daughter of a Duke, in other words, me.

If the player character, the daughter of a Baron, chooses Edward as her target, his fiancée, in the pursuit of interfering with their relationship, is spiteful towards her.

Although she is a daughter of an aristocrat, she is still, after all, a young girl… Speaking of something she did to be spiteful, well, it was slander and harassment at school. When I was the player character, the rival character was her, and there were a few times where I did find her quite obnoxious… During the ending of the route, she was imprisoned by the Church of Darryl before returning home to be placed under house confinement. “There’s no need to go that far…” That kind of sympathetic feeling occurred in me.

I mean, if one gives it some consideration, the player approached the capture target who already has a fiancée and had an illicit love affair with him… Normally, wouldn’t you think that the heroine is the bad guy in this situation? No matter who it is, they would hate such a person, and they would think what Iris did is pretty cute.

…With that said, in these kind situations, no one would listen to such explanations. There is not a single ally, it is a completely helpless condition.

I have already reached the end of the game, dragged and surrounded in a certain place by the good-looking guys and the protagonist to be convicted.

…Or rather, when reincarnation usually happens, wasn’t it the norm for a person to recall their past life during infancy? Like this, no matter how hard I try from now on, I’m already checkmated on the board.

“If you have any excuse, let’s hear it now, Iris. Regarding all the times you’ve harassed Yuri.”

The sound of Ed’s pained voice resounded in the area. He was looking down with eyes full of scorn.

I spoke to the guy who was holding me down, but he ignored my words. The son of the Knight Leader, Dorsen Katabelia, is really strong, and the place on my shoulder where he was touching hurts.

Dorsen ignored my words and strengthened the hold on my shoulder instead.

“It hurts, so let me go. …You, the son of the one who serves as the Knight Leader, Druna-sama, who is supposed to wield his power for the sake of the weak; to think you would do something like using brute force to hold down a weak girl.”

When I said that, he showed some reaction by twitching. As I thought, no matter where it is, the schooling of the Knights are the same.

“…You, a weak girl? Please stop joking and think about what you’re saying carefully.”

And the person who was laughing through his nose while he said that was my brother, Berne Tashi Armelia. Ah, the way he’s looking at me, it doesn’t seem like he thinks of me as his Sister, and the way he’s smiling sarcastically really annoys me.

That said… although it’s frustrating, because I’ve already been checkmated on this board, there’s no other choice but to intentionally make a bad move.

“…It is true that I did harass the daughter of the Baron, Yuri Noir. I admit it.”

“…You sure did admit it quite readily, didn’t you?”

“That’s right. Because it is obvious that everyone in this place already knows what had happened, I thought of spare you of your time. Consider it as my good faith.”

Ed was enraged in an instant. I wonder if I can remember it… No, the memory I have regarding the protagonist had deteriorated because of all the love and romance filling Iris’ brain. Surely, all the memories she has about her has been altered and interpreted out of her own convenience.